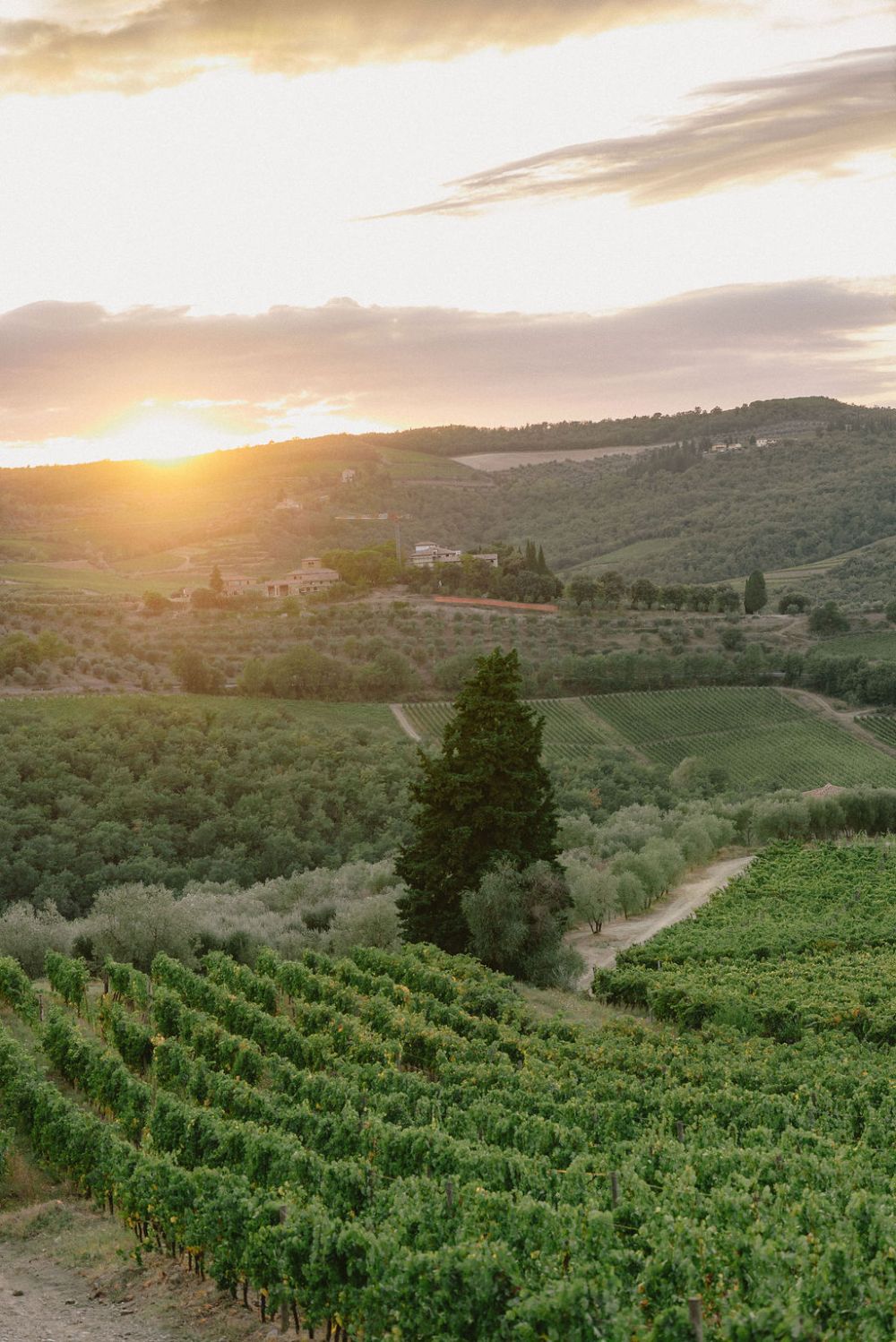 A wedding in the Tuscan Hills: Fallon & Simon 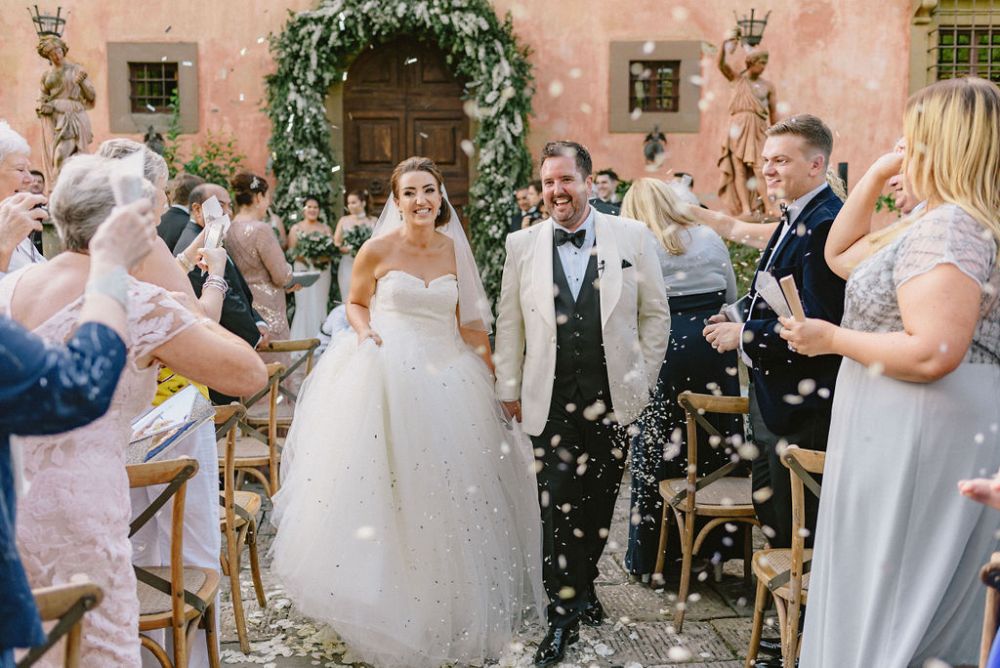 Tuscany is just as magnificent in the autumn as it is in spring, exemplified by this sun-drenched September wedding at Villa Vignamaggio.

This is a mesmerising countryside villa nestled into the vales of the Chianti hills – the birthplace of the Italian wine of the same name. It is one of the most popular Tuscan wedding venues thanks to its classic Tuscan architecture, sprawling gardens and vineyards (over 400 hectares) and luxe accommodation.

Fallon’s eye for style really emerged with her bridalwear details. She opted for a Vera Wang dress with a sweetheart neckline and a voluminous tulle skirt, as well as blue Manolo Blahnik heels for her ‘something blue’!

The ceremony took place in the golden light of the afternoon sun. Guests took their seats in the courtyard of Il Borgo, a restored 14th century villa on the Villa Vignamaggio estate.

Details included dusky blue confetti cones ready for guests to use during the recessional, as well as a plaque detailing the couple’s exclusive Instagram wedding hashtag.

Following the ceremony, the couple and their guests made their way to the wedding dinner, which was held under canopies. The tablescapes feature plenty of gold detailing, including gilded cutlery, plates and vases. The floral arrangements features sprays of muted green foliage and soft white blooms.

Later on, during the reception, Fallon and Simon cut their impressive five-tiered wedding cake, and continued their celebrations well into the night to the music of a band and DJ. 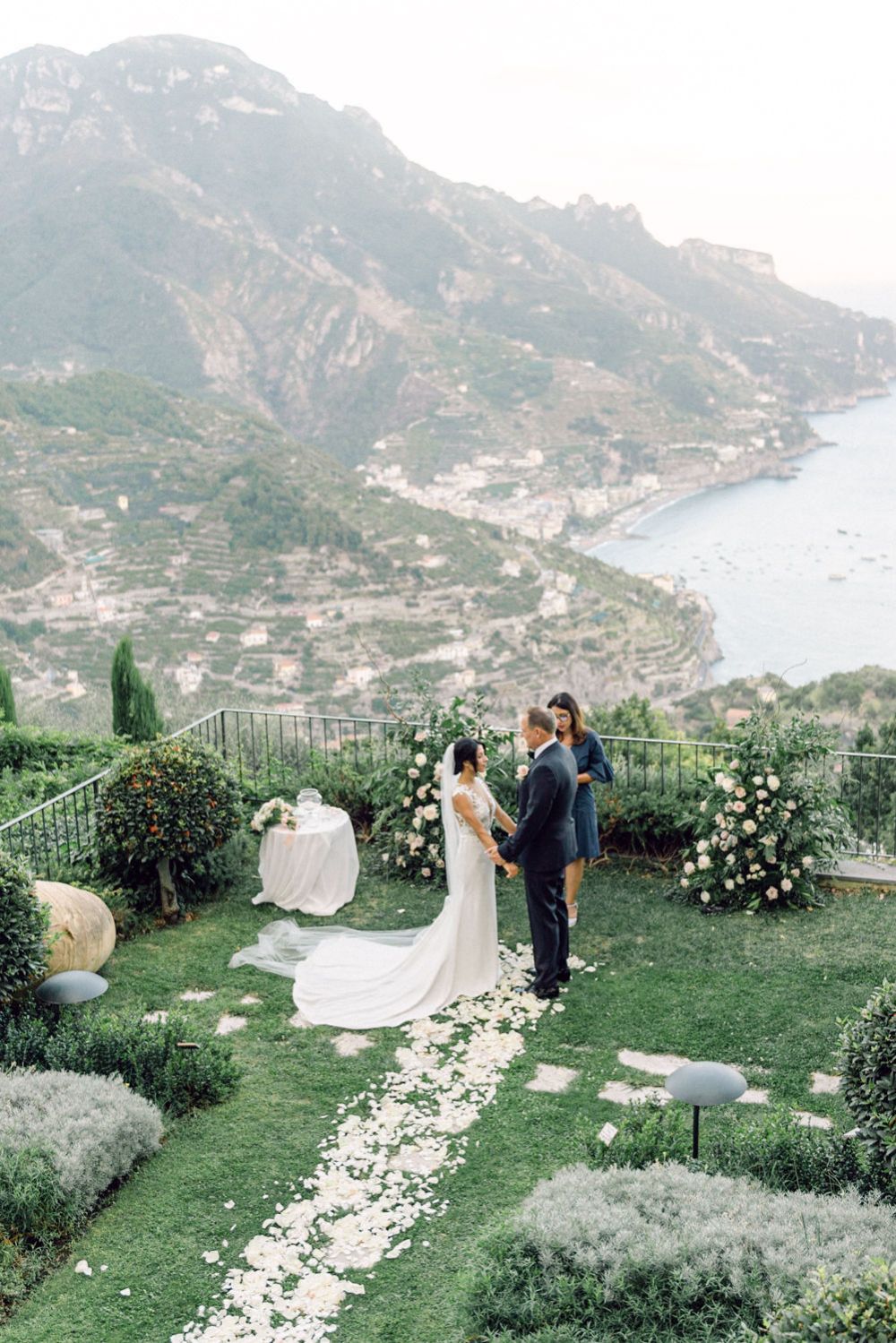 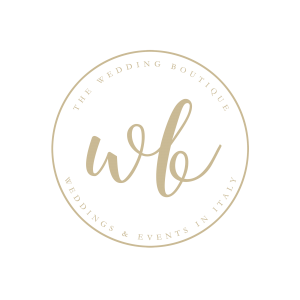